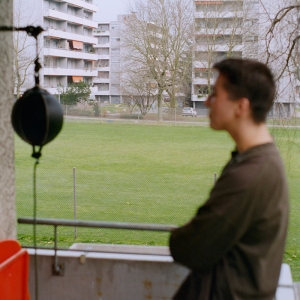 “Some men are born in their bodies, others have to fight for it.”
This is not just another quote. Gender dysphoria unfortunately is a reality for many. I myself was struggling with it for many years until I finally transitioned from Stefanie to Liam when I was twenty-three years old. A weight, as unbearably heavy as the Himalayan mountain range resting on my shoulders, finally, amazingly, gave way to the weight of a feather the moment I took steps towards letting myself be the real me.
We transgender people don’t make these things up. It’s not a mood. It’s not a phase. We are not having a case of mental indigestion. We are, in all seriousness, not at home in our own bodies. We were born like this. Souls stranded in a wrongly-gendered physical shell. It simply happened, “luck of the draw”, through no fault of our own.

Once we understand who we truly are, all we want is to feel complete and be allowed to come home to ourselves.

Imagine being trapped in your own body…

In Paralian, I am trying to describe this profound forlornness…
(Excerpt taken from Chapter 10, “River Limmat”)
“As a child, I had instinctively known who I was but hadn’t been able to articulate that awareness. Over the years, the hormonal changes of my body, as well as the gender stereotypes reinforced all around me, had clouded my judgment and confused me. Longing to fit in, I had lost myself in stages as my gender identity became more and more obscured. It was as if I had been clutching my useless passport in hand while stranded in an increasingly isolated and ruined airport building. Windows had been boarded up. The electricity had failed step-by-step, leaving me in deepening darkness. But I had never stopped searching for exits, even while dodging the debris falling onto me from crumbling ceilings.”