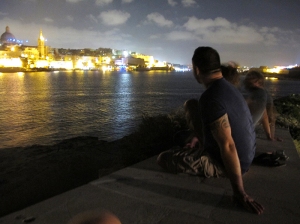 After many weeks of pondering the right subtitle for my book, we decided on “Not just transgender”.
Being trans has in many ways impacted my life and also shaped me as an individual. I came into this world as a little boy, trapped in the body of a girl. Until the age of 23 people perceiving me as female influenced many of my life experiences significantly.
My path has been fraught with obstacles because of being trans. This in turn has shaped me into a (I hope) mature and compassionate individual.
BUT, being trans is only a small part of who I am as a person. I have also been shaped by being orphaned and adopted, by my adoptive parents, by my many life experiences, by living and working abroad and by the many inspiring people I’ve met along the way. I am not just trans. I am Liam Klenk, a complex individual, my own kind of guy, a romantic, a worrier, someone who doesn’t believe in ever giving up, who values family and close relationships, an adventurer, a traveller, a listener, kind, compassionate, tenacious, courageous, funny, humble, impatient, sometimes too stubborn, and much more…
Above all, I don’t believe people can be labelled and put in a box. We are all far more interesting than that.