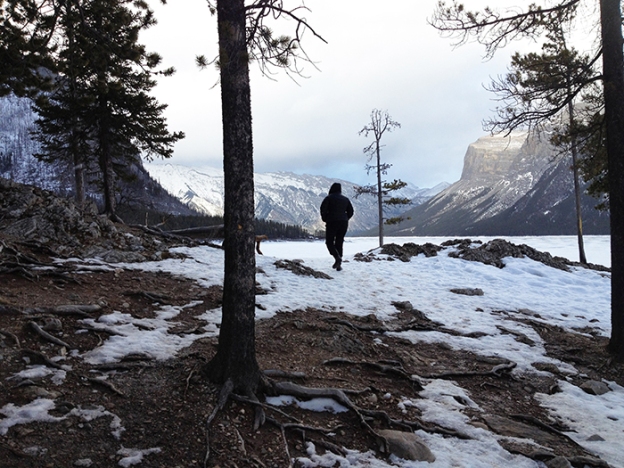 “As a teenager, I started to feel like a dwindling army, spread over too many fronts. Slowly but surely, I spiraled into a deep depression.
My parents were in no position to help me. Apart from me witnessing their arguments, their involvement in my daily life was minimal. They were too deeply entangled with their own demons. I never felt free to openly discuss my problems and thoughts with them. They rarely helped with homework, teenage angst and insecurities. I had no choice but to overcome all obstacles by myself.
Gradually, the stress at home, alongside my other troubles, became too much for me to handle. I became suicidal. During this phase of my life, I frequently jumped up onto bridge railings, despite being probably the worst athlete anyone had ever laid eyes on. With no sense of balance or coordination, I would teeter at the edge of the abyss. One part of me hoping I would fall and wondering who would notice or care. Another part of me shaking my heavy head at my stupidity and wanting to live, to live a full life more than anything.
Thankfully, these moments of tempting fate taught me how much I loved being alive. After only a few months of contemplating taking my own life, I dug deep and found courage. And I made a decision: whenever faced with seemingly insurmountable problems, I would do my best to stop running, stop resisting and instead choose to embrace them.”
(Excerpt from “Paralian: Not Just Transgender”, Chapter 5, “Swabian Ocean”)

I’ve experienced times like these more than once over the years (and probably will again).
It just got too much sometimes as I became a sherpa struggling through my very own Himalayan mountain ranges. As life added bag by bag to my load, the weight began crushing me. Labouring on, lonely, caught in a storm, the air thinning with every step I took, it seemed soothing and attractive to simply jump off the edge of a cliff and have it done with.

I am glad I never jumped. It’s not just a cliche: there always IS a way. And life is damn beautiful precisely because those forbidding mountain ranges sometimes rise up way too high in front of us. So we go forward, put one proverbial, optimistic hiking boot in front of the other, over and over, until we conquer those mountains. We have the strength to do it more than once in life if we have to. And along the way, throughout our journey, we discover moments of pure happiness we’d never have found otherwise.

2 thoughts on “Conquering those Mountains…”