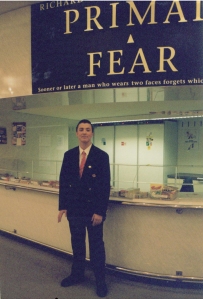 Today is Transgender Day of Remembrance #TODR. https://tdor.info
Everyone on this list has lost their lives simply for being themselves, for longing to live their lives as who they truly were.
In honor of those who have been taken from us so violently, let me share a positive story with you of how it could be. A story of hope:

“Even though it was still the early days – I’d had only four months of hormone therapy – it was time to announce to the people in my life what had been happening. I couldn’t pretend forever that my voice sounded deeper because of a cold, and I didn’t want to shave off the rapidly growing amount of body hair. It was time to jump into the bottomless ocean and reveal myself.

In the months following my decision to come out, my faith in humanity was restored many times over. Almost all reactions to my revelations were entirely, and sometimes surprisingly, positive. Many of my friends and acquaintances simply smiled a knowing smile when I told them, and confessed they had always taken me for either a hardcore butch or a transgender person. My behavior seemed to have given me away for years. People had known who I was, long before I myself had re-awakened to my identity.

Some reactions towards my disclosure about my real gender and my new name were outright comical. My team at the movie theater consisted of an elderly, conservative Swiss projectionist, as well as elderly Swiss ladies, stout-looking workers from Serbia, and other unique characters. One evening, I asked them all to gather in our small office because I had an important announcement to make. I was sure they would be outraged. I was sweating buckets and my heart raced.

In short, I told them I was actually a man and was going to change my body accordingly. Forthwith, my name would be Liam. Erich, the projectionist, just emitted a deep, rumbling “Hmmm?!” The elderly ladies exclaimed, “You will be such a handsome young man!” and the Serbians unanimously stated, “You are part of our gang. We’ll always have your back”. I was dumbfounded. Half an hour later, Erich passed by my popcorn stand. He stared at me very seriously and after a lengthy pause grumbled, “Couldn’t you have picked an easier name? How am I supposed to remember an odd one like Liam?” He stared at me for a moment longer, then turned abruptly, and walked away with a big grin on his face.

Only three days later, my company informed me of my appointment with the tailor who would change my work uniform into pants, blazer, and tie as soon as possible. I was in heaven.”

(The picture shows me only a few weeks after my tailor appointment.)

1 thought on “A Story of Hope”